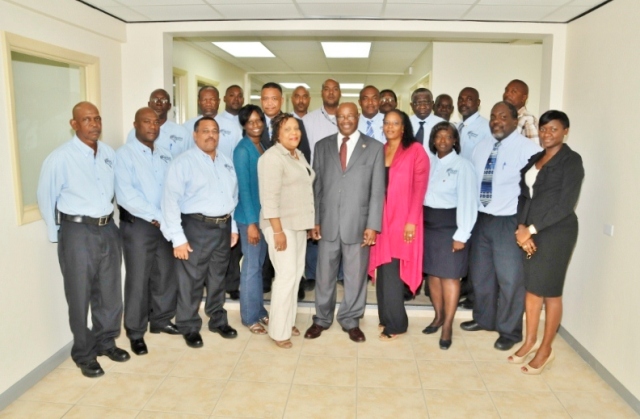 Acting Head of the Department of Inspections Martha Thewet says her department will be stepping up controls and enforcement after the swearing in of a number of civil servants with the status of extra-ordinary police.

The Department of Inspections recently swore in 18 staff members and Economic Affairs two, who have received the status of extra ordinary police.

The aforementioned police status allows the civil servants to enforce various ordinances and issue fines to those who are breaking the law.

Thewet says that this additional tool which has been pending will allow the department to carry out more controls and increase enforcement.

Three taxi dispatchers are also now extra ordinary police and they will be able to issue fines. One school bus controller has also received the same status.

Thewet added that the Ministry of Justice has been helpful in assisting the department in a number of areas which will allow the department to fulfill its obligations under the law.

Additional staff from the Inspections department is currently enrolled in the Police Academy and will within short have the same status as their colleagues.

One of the projects is a noise pollution campaign. This campaign was launched two-years ago and will be re-launched in the coming months.

The department has received a number of complaints from the community about loud music in different districts where Bars and Snack bars are located, and the department will be controlling these establishments to make sure that they adhere to current ordinances that regulate sound in accordance with the licenses issued to these types of establishments.

After civil servants were sworn in, they were treated to lunch at Sheer Restaurant.