One in six inhabitants of the Caribbean Netherlands are smokers, one in eight are heavy drinkers and over six in ten are overweight. Half of the population are getting sufficient exercise. Women smoke and drink much less than men, but are more likely to be obese and exercise less. These are some conclusions from the Health Study which was conducted in the Caribbean Netherlands in 2017.

In collaboration with the Public Health departments of the public entities Bonaire, St Eustatius and Saba, Statistics Netherlands (CBS) and the National Institute for Public Health and the Environment (RIVM) conducted a health monitoring survey in the Caribbean Netherlands in 2017. This Health Study Caribbean Netherlands was held to gain insight into the overall health status of the island population and into common infectious diseases, as well as to examine whether the population is well-protected against the infectious diseases against which they are vaccinated as part of the National Vaccination Programme. A total of 1,900 people participated in the study.

Few heavy smokers
Of the Caribbean Dutch population, 17 percent say they smoke. Only 2 percent are heavy smokers, i.e. with an average of 20 or more cigarettes per day. Women are much less likely to smoke than men. Smoking behaviour varies per island. On Saba, 24 percent of the population are smokers, versus 17 percent on Bonaire and 13 percent on St Eustatius. On all three islands, the number of heavy smokers is relatively small. 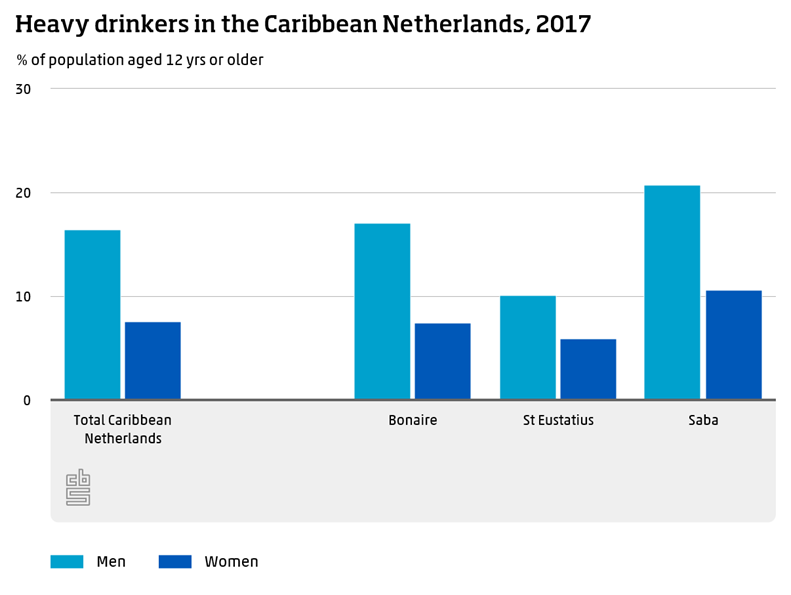 Men exercise more
Half of the population (49 percent) of the Caribbean Netherlands meet the Dutch Physical Activity Guidelines (NNGB). The share meeting this standard is higher among men (59 percent) than among women (38 percent). Women on Saba turn out to be physically much more active than those on Bonaire and St Eustatius. 58 percent of the female population on Saba meet the activity standard, as against 38 percent of woman on Bonaire women and 32 percent of women on Statia. 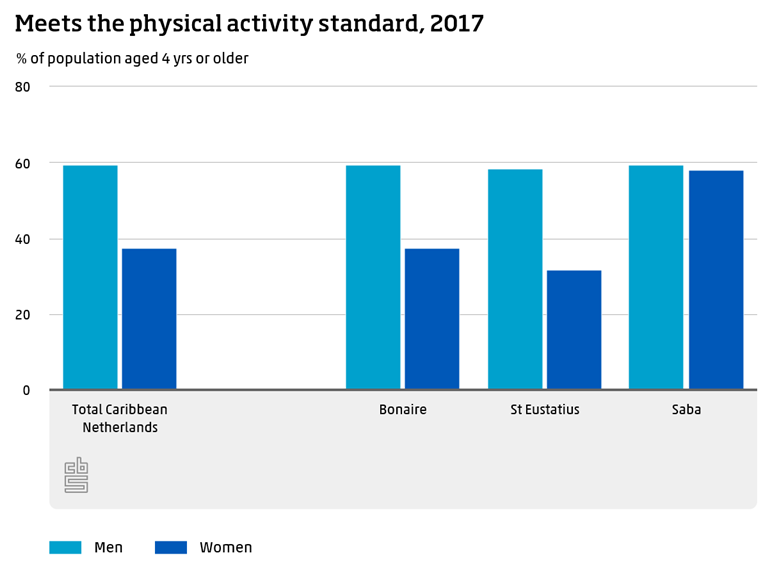 Nearly half of all women on Statia are obese
More than six in ten residents of the Caribbean Netherlands are overweight, of whom half are obese. Women and men are equally likely to be overweight, but obesity is relatively more common among women: 36 percent, as against 26 percent of men. St Eustatius has the highest share of obese women, namely 46 percent. 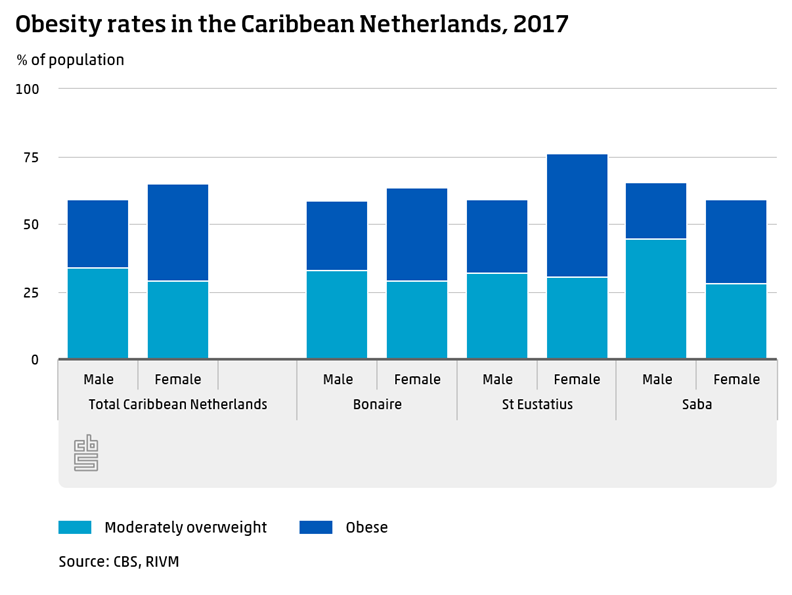