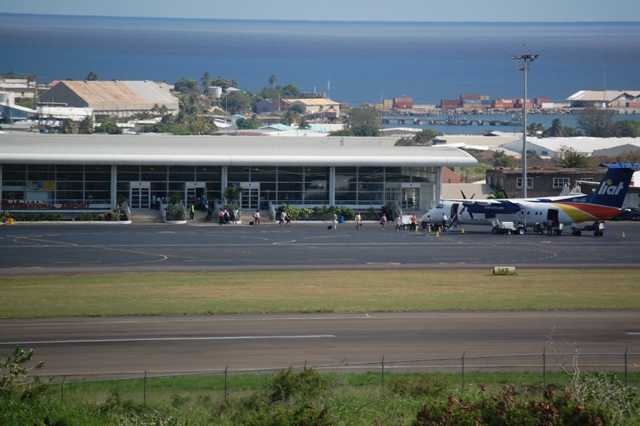 BASSETERRE, ST. KITTS, FEBRUARY 13 2012 (CUOPM) – The Caribbean Tourism Organization (CTO) Aviation Task Force, jointly chaired by the CTO Chairman, Commissioner Beverly Nicholson-Doty of the US Virgin Islands and CTO past Chairman Ricky Skerritt, Minister of International Transport of St. Kitts and Nevis has recommended a review of visa regimes in member countries in order to improve the visitor experience.

The task force, a highly focused committee established to facilitate air transportation into and throughout the Caribbean and to enhance airlift, is to recommend to its membership a system similar to the Europe’s Schengen visa programme where visitors who are cleared at the initial port of entry can continue travelling seamlessly throughout most of the European Union.

A statement issued from Bridgetown, Barbados, said the decision came out of a recent meeting of the CTO Aviation Task Force held at the Royal Antiguan Hotel in St John’s, Antigua to review issues affecting intra-regional travel and make recommendations for increasing consumer demand.

The group agreed that full clearance at the first port of entry was necessary to ensure an improved cross regional experience by visitors. It was agreed that the sub-regional grouping, the Organization of Eastern Caribbean States, (OECS) should be used as a model for such a single visa regime. The OECS is in the process of establishing a single economic space and is expected to implement full clearance at the first point of entry into the sub-group. The CTO Aviation Task Force agreed that this best practice would be reviewed after its implementation for possible replication across the Caribbean Community (CARICOM) region and beyond.

In addition to a single visa regime, the Task Force is recommending a standardized entry and exit card– otherwise called immigration or ED card – across the Caribbean. This,would help reduce airlines’ costs and improve customer service at Caribbean airports. Again, the OECS, which is expected to introduce the use of one common ED card, will be used as a model.

Other recommendations include an analysis of the impact of taxes and fees on the cost of regional air travel and a more holistic approach towards air travel revenue; including a possible ticket tax rebate when a traveller starts and ends the journey in another destination of the same domestic space. The task force also identified an urgent need to end secondary screening for intra-regional passengers who are in transit since the current practice diminishes the overall travellers’ experience.

Also on the Aviation Task Force agenda were issues related to the CARICOM Multilateral Air Services Agreement, open skies, and other regulations and restrictions facing airlines serving the Caribbean.