On Tuesday July 1st Mr. Jonathan Johnson of Saba in accordance with article 77 of the WOLBES has taken the oath for a second term as Island Governor of Saba. The oath was performed by acting Kingdom Representative Mr. Julian Woodley in the Administration Building of the Public Entity of Saba. His first appointment as Island Governor of Saba was from July 2008 until July 2014. This appointment runs from July 2014 until July 2020.

The Island Governor is appointed by Kingdom Decree on the proposal of the Minister of Home Affairs and Kingdom Relations. To this end, the Kingdom Representative does this in accordance with article 73 paragraph 2 of the WOLBES which requires a well-supported recommendation. Before making his recommendation he requests the Island Council and the Executive Council to express their feelings in relation to the requirements of competency and capability of the Island Governor. 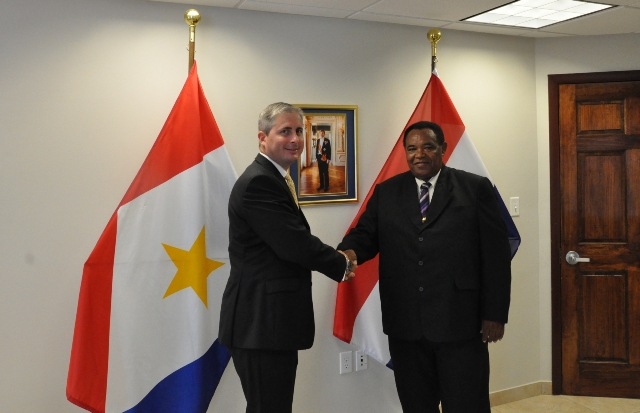