On Wednesday May 15th, 16 police officers from the Class of 2016 attended their graduation ceremony that was held in front of the Police Head Quarters in Philipsburg. The graduation was attended to by His Excellency the Governor of Sint Maarten Drs. Eugene Holiday, many government officials and department heads, representatives of several local associations and communities, colleagues, family members and friends. 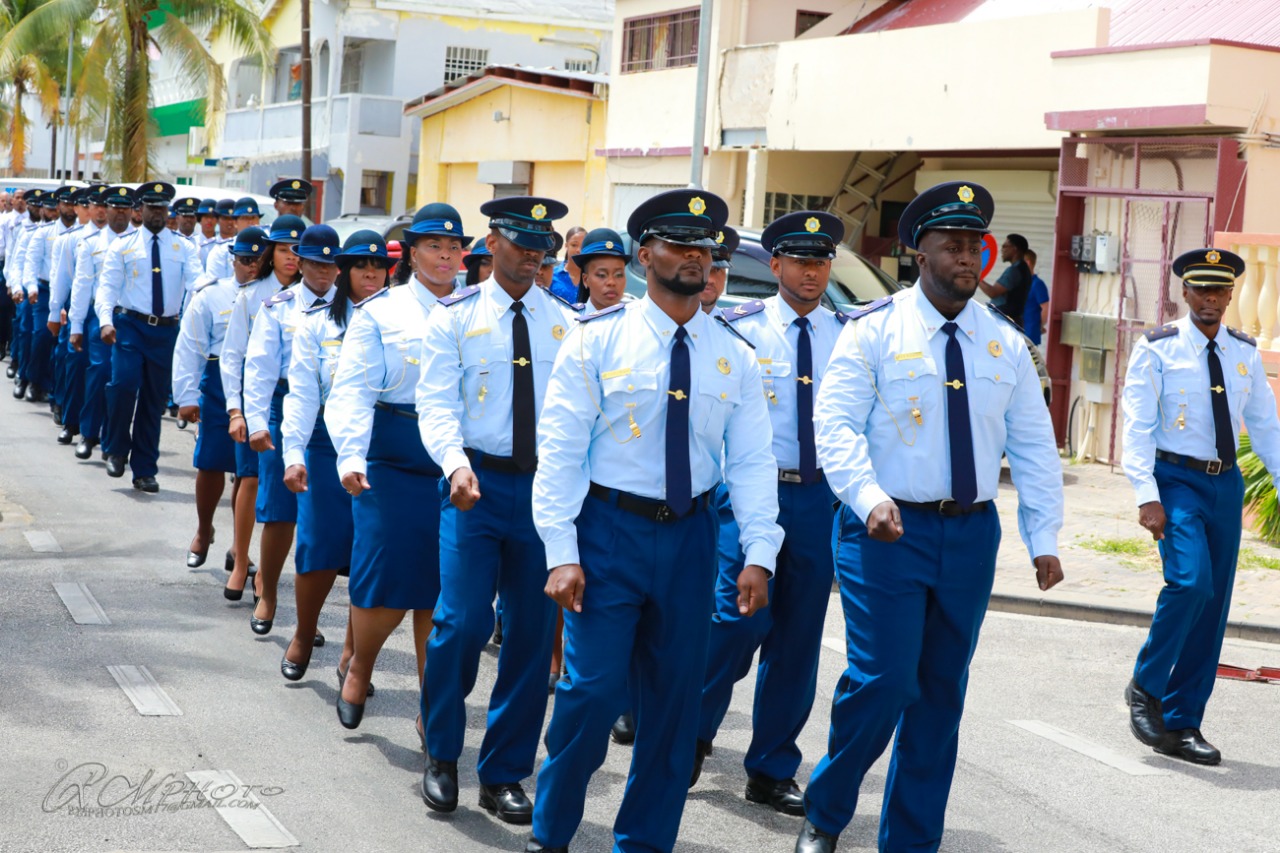 The Police Chief Carl John, the police management team and representatives from the Nederlandse Politie Academy (N.P.A.) proudly congratulated all of the graduates for their academic achievements and expressed sincere thanks to the family-members for the support they have given them while they were in training. KPSM continues to train its personnel to the highest level possible to give the foundation on which to build a carrier offering the highest level of professional police service. Two classes are presently going through the same intense training one of which will be doing their final exams early next year.
KPSM is still recruiting young dynamic men and woman who are willing to take on this challenge. For more information visit the Police Face book page.