On Monday May 5th 2019 at approximately 11.30 p.m. police patrols and paramedics were directed to the Look Out Point at Harold Jack where a very serious traffic accident had taken place between a pick-up with license plate V-715 and a motorcycle with license plate MF-500.
On the scene the investigating officers encountered a head-on collision between the two vehicles. They also encountered the two men who were on the motorcycle at the time of the impact. The rider of the scooter was lying on the ground with severe injuries to his body and head and was not showing any signs of life. The passenger suffered severe head trauma and had a broken leg. The passenger was treated on the scene and then transported to the Sint Maarten Medical Center for further treatment. Doctor Mercuur arrived on the scene shortly after and pronounced the death of the rider of the scooter. 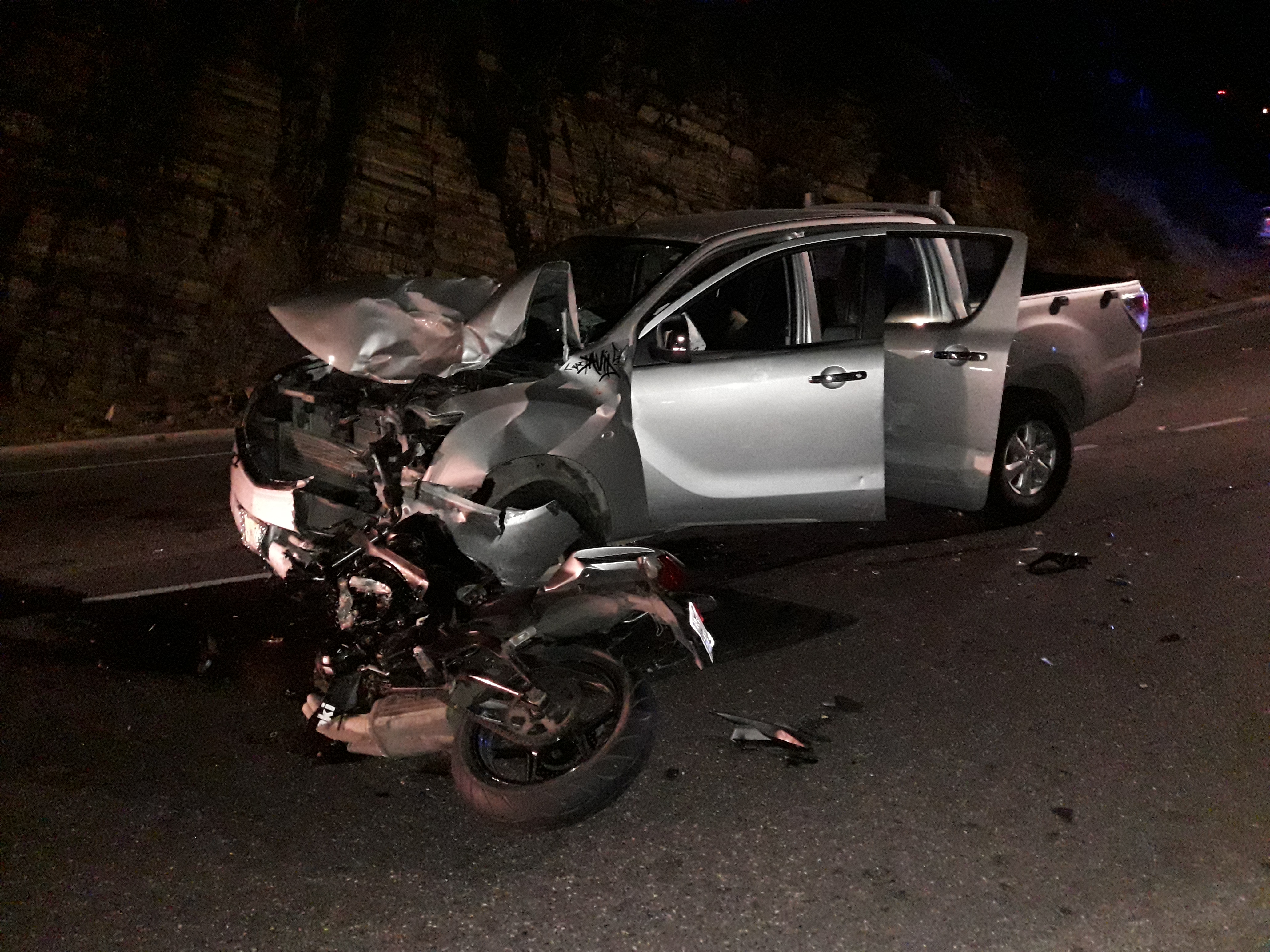 According to the preliminary traffic report the scooter was traveling at very high speed on the left side of the road, into the corner in front of the Look out Point on the A. J.C. Brouwers road coming from the direction of Cole Bay and then collided head-on with the oncoming traffic from the opposite direction. Both vehicles were confiscated by the Police Traffic Department to further investigate the accident. The body of the victim identified with initials G.W. was taken to a morgue. The investigation continues.