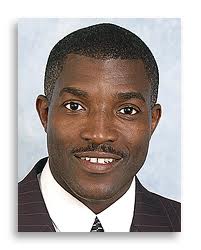 House searches  conducted after video footage has been secured.

Yesterday Attorney General mr. D. A. Piar ordered the start of an investigation by the Special Investigation Unit into possible corruption made visible on video footage that was published by the press.

The Prosecutor’s Office subsequently ordered a local newspaper to hand over the video footage that, based on the newspapers’ claim yesterday, had been dropped in their letter box some time ago. This footage will be further studied.

Today the judge of instruction conducted a house search on three different locations: in the house of MP Patrick Illidge, at the Bada Bing adult entertainment centre and at the Immigration and Naturalization Service IND. The Special Investigation Unit was assisted by several local Police officers.

On the premises of Patrick Illidge a 29 year old Spanish man, M.R.M.S., was arrested because of illegal possession of a fire arm and bullits. He was handed over to the Police where he was remanded in custody.

During the search on the three locations another fire arm and bullits were seized besides money, immigration documents, computers, laptops, an Ipad, USB-sticks, telephones, official documents and papers and photo camera’s.

The seized papers and the digital information will be subject to research the coming days. Based on the findings the investigation will continue.