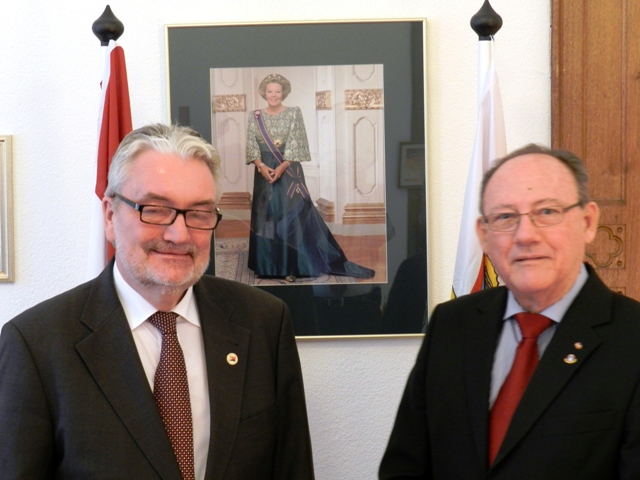 On Thursday the German Ambassador Dr. Heinz-Peter Behr in The Hague, paid a courtesy visit to the Cabinet of the Minister Plenipotentiary at Sint Maarten House.

Ambassador Behr met with Minister Mathias Voges where they discussed the Ambassador’s planned visit to the island in February.

The Ambassador will be holding a lecture on February 9 entitled "The Economic Situation in Germany and the European Union."

Ambassador Behr during his working visit to the country will also be meeting with several ministers and will introduce the newly appointed Honorary Consul for Germany Karel Frielink.

Minister Voges provided the Ambassador with information about the island and discussed future cooperation possibilities between Germany and Sint Maarten.