The Minister of Justice the honorable E. Doran swore in 11 new members of the immigration department on during a ceremony that was held on Monday morning January the 06 2020.A ceremony commemorating the milestone was held in the main meeting room at the Philipsburg police station.
The 11 immigration officers did the theoretical part of their training in early 2018, followed by practical on-the-job training in 2019.
The St. Maarten Police Force and immigration department can now boast of having a new class of full-fledged immigration officers added to its service.
Minister of Justice E. Doran said, in his address on Wednesday, that he is very proud of immigration class 2018 whom 90% he knows personally. 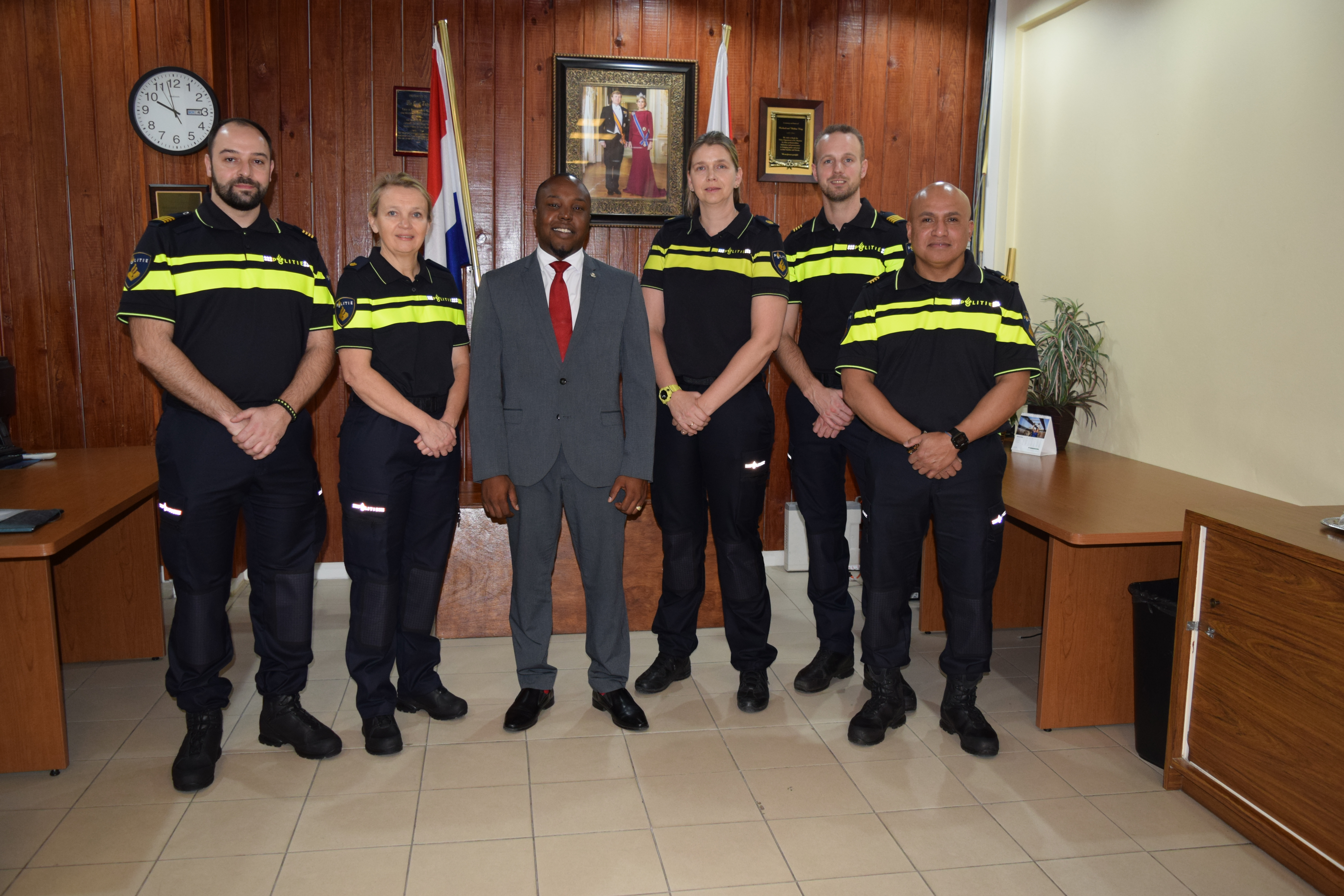 During the ceremony 5 members of the Dutch detachment and 2 members Kmar took the oath before the Minister of Justice. These colleagues will support the police and immigration department during their work period on Sint.Maarten.
Special recognition was given to Inspectors Claudio Ellis and Hensley Roumou who completed their training for “Senior police Administration”, given at the Canadian Police Academy.