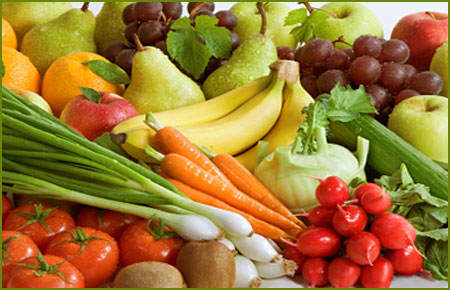 According to the World Food Summit Plan of Action of Rome, 1996, "Food security exists when all people, at all times, have physical and economic access to sufficient, safe and nutritious food to meet their dietary needs and food preferences for an active and healthy life."

A study of the Caribbean Community (CARICOM) found that food security is compromised not so much by lack of food availability as by inadequate access to foods and dietary patterns that adversely impact on nutritional status. Many countries are experiencing a shift in nutrition patterns that has resulted in increasing rates of obesity, which in turn has contributed to an increase in nutrition-related Chronic Non-communicable Diseases including diabetes and hypertension, according to the CARICOM regional food, nutrition and security policy of 2010.

CARICOM’s food security may not be compromised by lack of food availability, there are issues related to the declining trend of food production, and increasing trends in favour of imports.

Our country is totally dependent on food imports.

Rising food prices during 2007-2008 and the economic crisis of 2008-2009 have affected all countries, increasing unemployment, reducing income opportunities, tourist arrivals and remittances and decreasing purchasing power with very serious impacts on the poor.

Sint Maarten and others in the Caribbean Basin live with the daily reality that small populations and land masses along with distances from other Caribbean countries and trading partners and insufficient strategic planning reduce the possibilities of exploiting economies of scale.

According to the study, these factors result in higher prices for imported inputs and higher costs of export products, as smaller purchasing and sales volumes increase product, transaction and transportation costs.

Back in July it was announced by Project Coordinator for Sustainable Agriculture Development Roseann Rumnit, that approximately 120 million Euros is available for the development of farming projects on the North side of the island. These funds have been available since 2002.

The European Union (EU) and French State made funds available 10-years ago in the form of a grant under the Re-development of Agriculture, Tradition, Culture, and Agro-tourism Programme. The funds will be provided indirectly to landowners individually on a case-by-case study of applications.

A number of meetings have been organized between land owners and the Prefet of St. Martin. These landowners can be considered as "Smallholder Agriculture."

The world population today stands at over seven (7) billion and counting. By 2025, 13-years from now, it will climb to eight (8) billion, nine (9) billion in 2043, and this will require a 10 per cent increase in water for agricultural use.

The current situation in world food markets, characterized in sharp increases in maize, wheat, and soybean prices, has raised fears of a repeat of the 2007-2008 world food crises. Three United Nations (UN) agencies, Food and Agriculture Organization, International Fund for Agricultural Development, and the World Food Programme, agree that urgent action is needed to make sure that current price shocks do not turn into a catastrophe hurting tens of millions over the coming months.

The two main interconnected problems identified that must be tackled is the immediate issue of some high food prices, which can impact heavily on food import-dependent countries and on the poorest people; and the long-term issue of how we produce, trade and consume food in an age of increasing population, demand and climate change.

Sustainable smallholder agriculture is seen as the way to go for the future where smallholder farmers are able to contribute to raising food availability by 70 per cent by 2050, which is what will be required to feed a growing, more urbanized population.

That is why a strategic partnership between the North and South sides of the island, is very much valid, since it would tackle two very important insular as well as global issues, food security and climate change, especially looking at the long-term future of St. Martin/Sint Maarten.