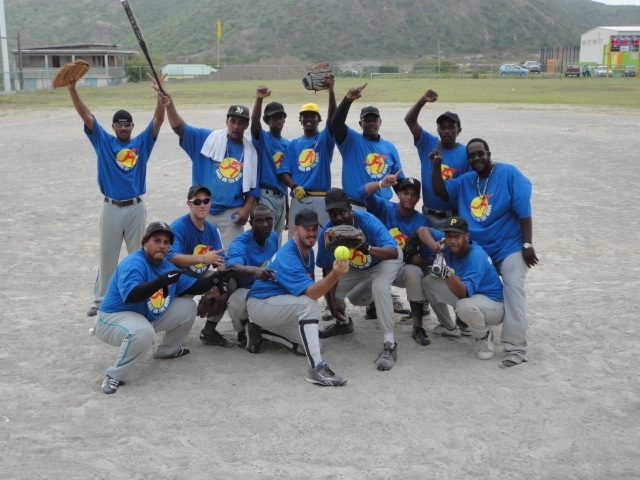 On Sunday two softball teams from the island of Saba traveled to St. Eustatius to participate in the St. Eustatius Softball Competition which was officially declared open on Sunday afternoon by the Commissioner of Sports of St. Eustatius Mr. Clyde van Putten. 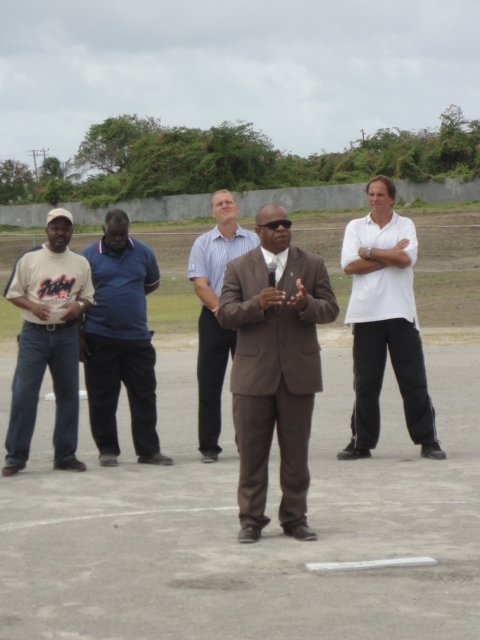 Before the opening ceremony the 5 teams from St. Eustatius and the two from Saba marched throughout the streets of Oranjestad to the Cottage Ball Park. At the official opening ceremony president of the St. Eustatius Softball foundation Mr. Tom Philips welcomed everyone and said that when Saba contacted them asking to participate in their competition they unanimously agreed for the two Saba teams to participate. We welcome our brothers from Saba with open hands. President of the St. Eustatius Sports Federation Mr. Elvin Henriquez said that he was more than happy to have the opportunity to welcome the Saba team and look forward in some real good sportsmanship being demonstrated on St. Eustaius and Saba,. 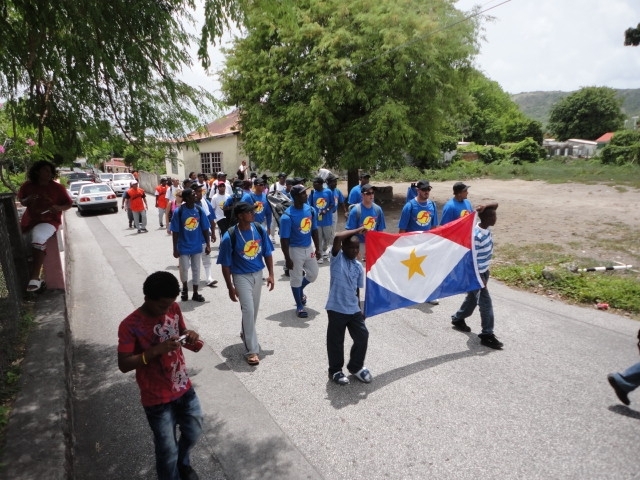 Commissioner of Sports on St. Eustatius Mr. Clyde van Putten said that despite a very busy Sunday he could not leave the occasion past him by in doing the official opening. I am extremely happy to be here amongst everyone and especially our visiting friends from Saba.  I look forward in some time being able to also have our brothers from Bonaire join us here on St. Eustaius for the tournament in this area. Mr. van Putten also stated that let this be the start of the new Federation of Saba and St. Eustatius in the making. 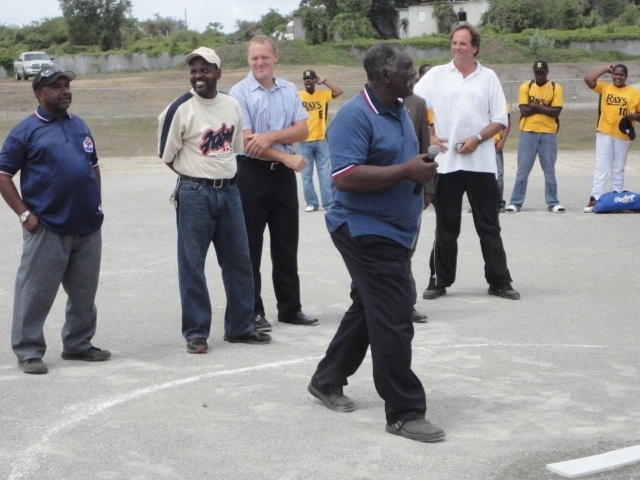 The first game of the competition was played between the visiting Saba team Sluggerz and the home team Tiburones. the St. Eustatius team showed much more power on the field and won that game with a score of 15-5.

In the second game of the afternoon though the Saba Young Guns took on the Rays team from St. Eustatius and both teams went to battle with the Saba team coming out on top with a score of 11-10.

The competition will continue on Saba on upcoming Sunday at the Cruijff Sport Park in The Bottom. The St. Eustatius teams will be traveling by means of MV. Dawn II to Saba on Sunday morning and returning late that evening.

Relocation corals at new harbor site is a meticulous process